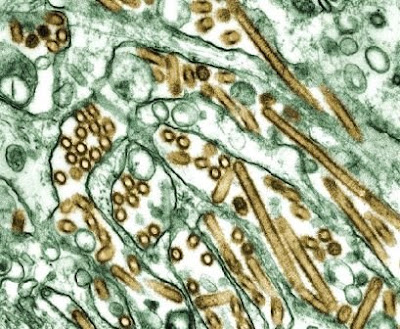 We came with open hands. They opened fire. Science is dead. It has failed us all again. The towers, the towers! the things they did in the towers! Future past tomorrow today all time all space all lost all gone again again again...but...wait...something comes, something new in a land of all that is old...it's...it's...a NEW DISEASE!
at 6:13 AM 1 comment:

And, Then, After A Long Hiatus, The Return

The wind blew alternately soft and wild against the robot girl's thin steel and diamond legs, caressing and savaging. She/It imagined the wind as a lover, but in ten thousand years She/It had not been able to define the term "lover" beyond the pre-loaded definition She/It had been programmed with. The dead creators had been lax, She/It knew.

The visual sensors She/It used had not moved from one spot on the increasingly eroded horizon in exactly 19,729 days, 15 hours, 29 minutes, 3 seconds and increasingly meaningless segments of seconds. Not since a small but lifeless starship had entered the atmosphere and imploded spectacularly, briefly absorbing She/It's attention for a period. Thus, She/It was as surprised as a machine-thing can be when the white monkey suddenly appeared, hovering briefly in mid-air directly before the hillock of granite upon which She/It was bolted. The monkey fell fast to the planetoid's grimy surface just as suddenly. With a loud belch.
at 6:33 AM 7 comments:

They came in fast and low, black and orange wings reflecting the ruby moonlight, flying in garish stealth patterns, spattering radio wave jam signals across all frequencies, strobing the chemical patterns of their own delusions across a planet of wild and incestuous criminal strengths, nothing rising to meet them, nothing stopping their seeming rampage, nothing caring about them at all.

They landed. They emerged, from their silicate bath cockpits. They used enhanced and natural vision to see what they had done. And it was as nothing had happened.

Humbled, they re-engaged with their now pathetic tech and slowly, almost reverently, betook themselves home. It would be a long, long winter they knew. And spring might never come again.
at 6:09 AM 3 comments:

It's a marmalade mixup, a tossed tea salad, a rhubarb-crawdad jambalaya, a solsticial celebrational solution of more than seven percent! Yeah, man, the good stuff.
at 6:03 AM 1 comment:

Worship It As It Rises

"Sometimes," whispered the very tired Judge, "Sometimes I wish I was still a young girl on my parent's farm, back up in the hills above the Purple City, in my room with the view of the Dead Will Return River from its southern window. I sat with my legs hanging over the window sill for hours watching that river, hoping to see them return, looking for the tattered sails of their lichen-boats, the masts of bone and the tillers of razor blades. I wanted it to be like they said in Church, like the priests told us it would be. I wanted some kind of happiness like that promised lie."

The Judge would say this every day at the end of session as the natural light faded and those remaining watched her carefully, expectantly. Then she would remove her blood-splattered white robe, going with it the investiture of her power , and walk naked from the courtroom. The robe would be clean and ready for her the next morning, she knew, always ready in the morning.
at 6:29 AM 1 comment:

William the Younger pulled a splinter of glass from his heel, about a half of an inch long and needle-like otherwise, and handed it to the large white monkey sitting on the wicker lounge chair to his left. The monkey carefully took the sliver of nearly invisible pain and put it - with several thousand other like shards - into the velvet-lined sewing basket it cradled between its knees. The sex of the monkey was indeterminate, even given the otherwise lewd position it maintained to keep the basket from spilling. This was the appeal to William. When he stroked the thick fur at night and whispered his love, he felt giddy, childish, transported at the lack of knowing, the unknowable lack of his love. It was worth the day of pain that inevitably followed, the cost of the broken mirror. It was so beautiful.
at 6:19 AM 5 comments:

Bi-polar (as in having a summer home at the South Pole and a Winter Lodge at the North or maybe the other way around, plus two at the Equator diametrically located to one another on the off chance the magnetic poles flip suddenly thus increasing the value of such) and wealthy beyond belief (as in one is incapable of believing that one human (?) being has such wealth as the rest of the world starves to death or dies of diseases easily curable but for lack of funds or just plain kills one another for filthy lucre) and more beautiful than words can express (words being one of several ways humans communicate; pictures a second; guns and other hurtful things a third, etc), the Robot Goddess Berenice sank slowly into her Third Bath of the Fifth Day, flinging away droplets of liquid diamond onto the straining backs of the servants upholding the enormous ruby goblet always used for her Third Bath, careful not to spill a drop themselves as they slowly rotated to keep Her Giantess Self of Beauty in just the precision position relative to the dying sun's dying light. She was exquisite, they murmured to themselves, exquisite, exquisite, a sound like waves on an ancient sea. Exquisite, exquisite, exquisite, exquisite - and so on.
at 6:02 AM No comments:

Say A Screed, A Scream

There is no difference between these words and the words that can conjure demons. Only intent is different. Intent and purpose. Purpose, intent and syllabification. That's all - ain't goin' further. You figure out the rest.
at 2:29 PM No comments: 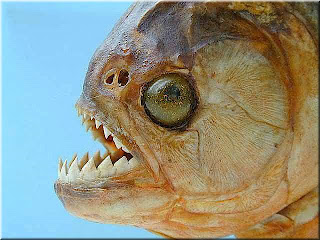 "This way," said the mage, "You can have your cake and eat it too!" And miraculously, on every plate in the vast candle-lit auditorium, there appeared a slice of chocolate layer cake with an inch-thick frosting of ultra-fudge. The patrons were amazed, amused, tickled, pinked, and ultimately aroused. They ate. And ate. And ate. The cake was never ending. They swelled and they swolled. They biggened like zeppelins! It was cake that good, cake that good indeed. Ultimately, no seat, no stadium, no planet, no plane could hold such chocolate excess. "Good-bye," said the mage, "Good-bye."
at 2:09 PM 1 comment:

Oh! Oh! Oh! That Feels So Good When You Do That!

This is what collapsing towers do! Beware! They are full of bees and monkeys and they will sting you full of poisons unaware of the galactic remonstrances of such like folk! This is their bane! This is their promise! Take heed and live accordingly! Live! Love! Bifurcate, indeed @#$%!
at 2:03 PM 4 comments:

Another Successful Lyceum Date For Grammar

"Thus, the humble parentheses is the strongest particle of punctuation in the universe," softly concluded the mild-eyed wild-haired big-eared thin-lipped hook-nosed raw-skinned long-necked stoop-shouldered hamstrung withered pocked scarified and ultimately terrifyingly believable speaker. The applause began slowly, like rain waiting permission to fall, but shortly subsumed the theatre with its massive pulse. The people were amused.
at 6:25 PM 2 comments:

That Ol' Wrong Side Of The Bed Strikes Again

He was confronted by his own reflection, in fact hundreds of reflections of himself, but as far as he could tell, backed by no mirrors. He walked through the center of the deserted town square with dozens and dozens and dozens of himself walking along beside him. He could see reflections of his reflections in Main St. store windows. They all waved at him when he waved at them, or at himself - it really was confusing. His mother had warned him there would be days like this, but he never truly believed her.
at 6:22 PM No comments:

Something I Saw I Guy Do Once, Just Once

She was a long cool drink of water, that's for sure, with a straw hat, but try sucking on that thing and you'd really be in for it.
at 6:21 PM 1 comment:

It Was Really Only A Matter Of Time, Genevieve

The one-eyed boy, wearing the scarlet patch which covered his empty socket, sang a song like no song the audience had ever heard before. Hours and hours it went on, telling a story, saying nothing, making them laugh and weep, sometimes a roar of sunshine and sometimes a cold whisper of space and stars. Candles and torches and upended flashlights lit the stage and its wrack of a thousand operas thrown up by the recent storms, the storms that drove them all here this night, together like they would never have been in the world outside. Some held hands with strangers, lay heads on foreign shoulders, smiled and felt forgiven for the first time in their lives. Some held themselves alone, vibrating fiercely, overjoyed but still afraid of this new sensation. They all, all, never wanted the night to end. Outside, the storms continued.
at 5:21 AM 5 comments:

Mind And Body? No Problem!

Without even realizing it, Hugo solved one of the oldest and most difficult mathematical puzzles ever invented. Not bad for a shoe-shine boy from Black Earth, Wisconsin, he thought, as he again cautiously lifted the worn corner of his living room rug to peek at the swirling interdimensional maw his fever-inspired contortions had accidentally created. He pushed another squirrel into it, just for fun.
at 5:14 AM 4 comments:

It was, undoubtedly, by far, the largest land crab Michael had ever seen. And clearly the most literate, in a bohemian way, if the "I'd Rather Be Reading Bukowski" bumper sticker on its house-sized shell was any indication. Of course, that could always be laid to poetically-minded juvenile delinquents - Michael was well-aware of how much they delighted in such tricks! Only a fortnight earlier, his own vintage, converted, goat-drawn Volkswagen Beetle had been plastered overnight with thousands of tiny magnetic buttons, transforming the Reich-inspired auto into a perfect likeness of Benito Mussolini, the greatest Italian novelist of the 20th century. Michael had been reluctant to remove the rather inspired graffiti, but his wife's repeated refusal to be carted around town in "Some foreigner's head!" eventually persuaded him.
at 6:18 PM No comments: 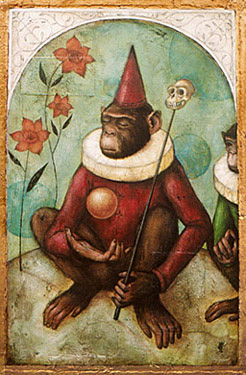